Preparing for What We Don’t Know About Medical Marijuana 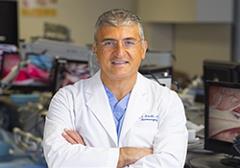 With growing interest in medical marijuana in Arkansas, it is time for medical professionals across the state to prepare ourselves for everything we don’t know about this drug and how it interacts with other medications, illegal substances and even specific types of patients. Based on the nature of its adoption at the state level prior to federal approval, the extensive studies that accompany other new medications do not, for the most part, exist. In that manner, we are all preparing to enter into undiscovered territory.

Medical marijuana has been shown to have positive effects for patients with certain conditions, like those dealing with the pain and discomfort associated with cancer and cancer treatment. However, my neurosurgical practice at the CHI St. Vincent Arkansas Neuroscience Institute has encountered many other instances of marijuana’s negative impacts on a patient’s brain. Marijuana is known to cause increased blood flow. In some rare patients it causes a massive increase in blood flow to the point that circulation in the brain may get overloaded, disrupting barriers that separate blood from the brain.

In one instance, we were preparing to operate on a patient suffering from a condition that already causes an increase in blood flow in the brain. When the time came for surgery, we opened their skull but could not operate. The brain was tense, the arteries were very angry and the brain was swollen to the point that we found it too risky. We told the patient the situation was unusual and that we attempted all measures to relax the brain. We could not explain why this occurred until something clicked and we decided to check their blood for anything else. That’s when we discovered they had used marijuana the night before surgery.

Cases like this have unfortunately become quite common, especially in situations where someone combines marijuana with other illegal substances. At the Arkansas Neuroscience Institute, there is not a week or two that passes without admitting a patient with a brain bleed because they had been using marijuana and methamphetamine together. That combination proves particularly risky and many of these are younger patients who don’t have bad vessels or the wear and tear you commonly associate with a bleed.

What happens is the blood vessels in the brain are made in a way that they auto regulate pressure, dilating to decrease pressure or constricting to increase pressure when needed. They regulate because if you have too little blood, you have a stroke. If you have too much, you have a bleed. By mixing marijuana with something like methamphetamine, arteries lose their ability to auto regulate or react to pressure and instead operate as a wide open pipe, inviting problems.

Over the last four-to-five years, we’ve seen an epidemic of brain bleeds caused by just such a combination, but the potential for a reaction with illegal substances isn’t the only challenge. In my experience, if you have a patient who already has high blood pressure and they mix even a mild, over the counter methamphetamine like certain cold medicines with marijuana, they are creating a cocktail for catastrophe. Until there are further studies on how marijuana interacts with other medications, we simply do not know how somebody is going to react or which populations may be at higher risk.

Until then, every practice needs to operate as an observer, logging and exploring things they encounter but cannot explain. As these encounters have grown, my practice will now regularly utilize a tox screen before surgery and if a patient has been using marijuana, we do not operate because experience has shown the risk grows too high. We also need patients to realize they cannot use marijuana following surgery or the ensuing brain bleed could cause a whole new storm of trouble.

As the prevalence and use of medical marijuana grows in society, we will undoubtedly learn more. Could there be other benefits we have yet to discover? That’s certainly possible. We will also learn more about potentially deadly drug interactions and other side effects we remain ignorant of today. It is important for all medical professionals to realize we are traversing a truly undiscovered territory. We don’t know where we’ll have a smooth ride, where we may encounter an ambush or where we’ll face a mountain to climb. Regardless, though, we will see and learn a lot during the journey.