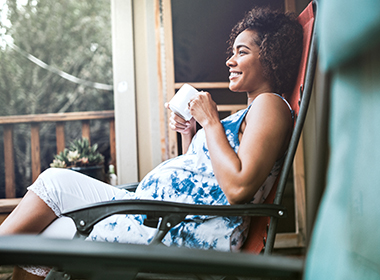 The Zika virus is a usually mild disease that's transmitted through the bite of an infected mosquito. Most people fully recover from Zika virus without severe complications, and severe illness or deaths from Zika virus are extremely rare, according to the CDC. But Zika virus can be dangerous for pregnant women.

Why is the Zika Virus dangerous to pregnant women?

In mid-April 2016, CDC experts confirmed that Zika can cause microcephaly and other severe fetal brain defects. Microcephaly is a neurological condition where babies are born with small heads and sometimes small brains. The condition may also be associated with severe developmental issues and in rare instances death.

Researchers are still investigating how often Zika can lead to birth defects, as well as whether moms are at higher risk during certain trimesters.

What are the signs and symptoms of Zika?

Only one in five people infected with the virus end up exhibiting symptoms. And the symptoms, which are mild to begin with, often don’t show up right away.

How contagious is it?

The Zika virus is not airborne and not primarily spread from person to person, which means there's no risk of becoming infected with the virus from simply standing near an infected person. The virus is mostly spread through mosquito bites. However there have been six confirmed U.S. cases of Zika spread through bodily fluids and sexual transmission.

What should women know about the Zika virus?

Patients who are pregnant or considering becoming pregnant should not travel to countries where Zika has been confirmed. You can find a full list on the CDC website. Even if you aren’t pregnant, if you are even thinking of becoming pregnant, don’t chance it. The Zika virus stays in your system and a trip to Mexico or Costa Rica isn’t worth taking the risk. And remember, Zika can be transmitted via bodily fluids, so I advise men to not travel to those areas, as well.

Why is this virus spreading so quickly?

The Zika virus is spreading so rapidly for two reasons. First, most people in South, Central and North America have not previously been exposed to Zika and therefore lack immunity. Any new virus can spread quickly in a population with no immunity. Second, Aedes mosquitoes — the main source for Zika transmission — are present in all the region's countries except Canada and Chile. The more infected people there are (because of low immunity), the more likely it is that a mosquito that is able to carry the infection (the Aedes variety) will bite one of those infected people and then bite someone else, spreading the virus.

What if someone has already traveled to a place with Zika? How do they know if they are a carrier?

The CDC recommends all pregnant women who've lived in or traveled to a country with Zika see their doctors. The CDC has issued additional guidelines in consultation with the American Congress of Obstetricians and Gynecologists and the Society of Maternal-Fetal Medicine recommending that pregnant women who have already traveled to affected areas be screened for the virus. Concerned because you traveled to one of these places and have since conceived? The CDC says the virus usually remains in the blood of an infected person for only a few days to a week, so it’s a potential worry for only that short period of time. Zika virus will not cause infections in a baby that is conceived after the virus is cleared from the blood, happily, so an infection now doesn’t pose a risk of birth defects for future pregnancies.